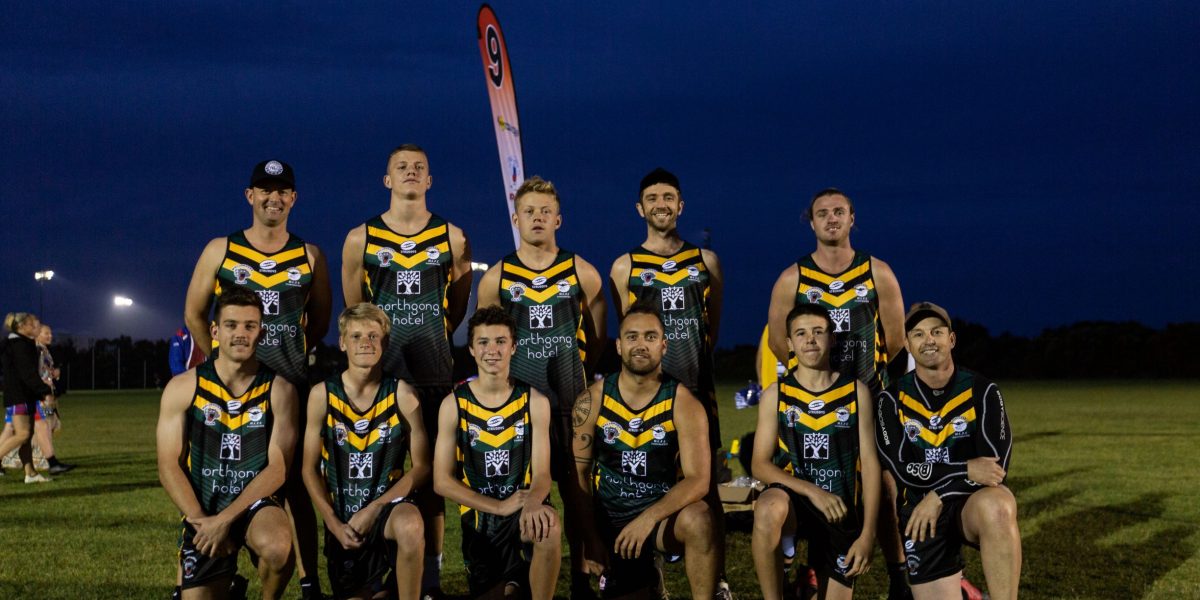 Stingrays Stun Dapto, as Superoos and Lions go back to back!

Stingrays of Shellharbour have shocked heavyweights Dapto in round 2 of the Illawarra Touch Premier League at Thomas Dalton Park.

Both teams were missing some big-name players through injury, with Terry Deegan out for the Canaries and Dean Springfield missing for Shellharbour, but it didn’t stop the high level of touch played between the two sides.

The Stingrays shot to a quick 2 nil lead, before Dapto worked their way back to level the scores through some Sam Clune magic. But it was Shellharbour who took a 5-3 lead to the break with Man of the Match Jayden Sargent and Captain Tim Robinson setting up some key touchdowns.

After falling apart in the second half of their round 1 draw with Thirroul, the Rays took it up a notch, holding the Canaries to just one touchdown in the final stanza. An 8-4 victory a huge boost for the side’s confidence, with defence the most pleasing factor according to Robinson.

“All three of their first half tries came from smart long balls, we addressed that at half time and made some fixes and it worked perfectly.”

“Our wingers Reece Hunt and Oscar Thomas were game changes with several great reads in D and Jayden Sargent cashed in on that at the other end turning it on in attack.”

In other round 2 Men’s games Wests Illawarra remained undefeated beating Helensbugh 8-5, while Thirroul and Corrimal finished at 5 all.

In the Women’s competition Jamberoo and Gerringong remain undefeated. The Superoos proved to strong for the Stingrays with Cleo Fien player of the match in the 8-2 win. While Gerringong took no mercy on Albion Park Oak Flats. The Lions 13 nil winners in a rampaging display.

Woonona beat Corrimal 11-4 in the other match.

All teams will now have a break due to the public holiday before returning for Round 3 on Monday October 12 at Wollongong Touch.