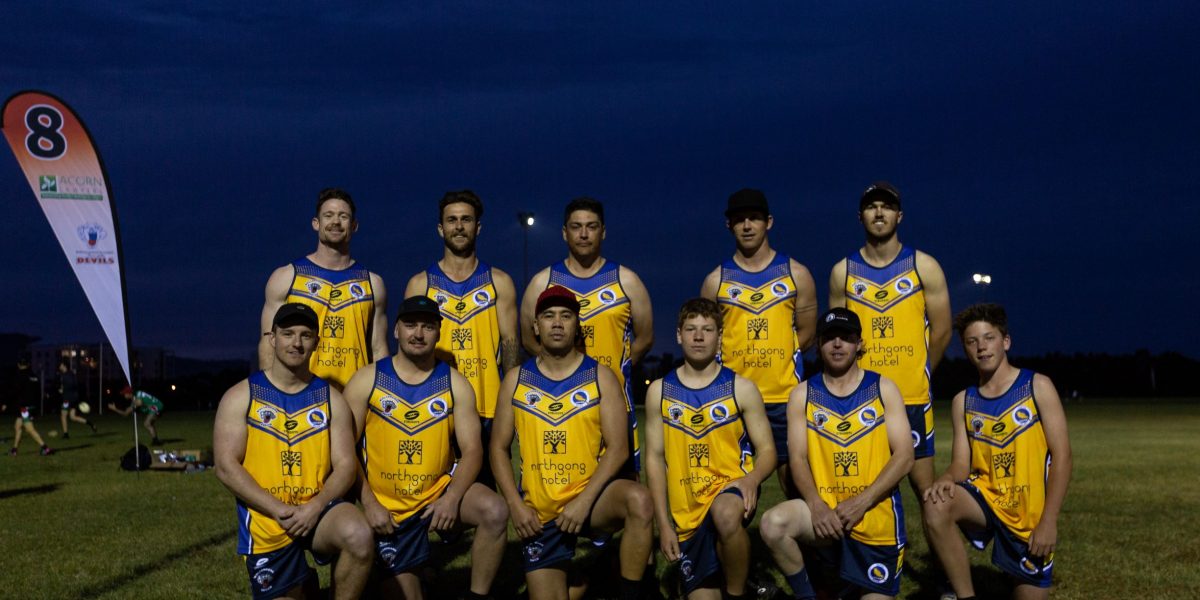 Canaries Off To A Flying Start In Premier League

Dapto Canaries were the only club to take the full 2 points, after the North Gong Hotel Illawarra Touch Premier League Men’s competition tapped off in style on Monday night at Wollongong Touch.

In a blockbuster opening round the Canaries went try for try with new comers Wests Illawarra. The leadership of Captain and former Australia Men’s Open player Terry Deegan proving the difference, as Dapto scored a 9-7 win in what Wollongong Touch Coaching Director and Current NSW Men’s Open Head Coach Joel Willoughby described as “the best park competition level game he’s seen in over a decade”.

“ It was by far the best standard of game I’ve ever seen at Wollongong Touch and one of the fastest and most skillful I’ve seen at park comp level in the past decade”.

Wests Illawarra proved they’ll be a forced to be reckoned with throughout the season though. Tyran Wishart and Issac Morris both standouts for the Red Devils.

The points were shared in the other 2 Men’s games with Thirroul scoring late through Kynan Ward for a 5-5 draw with Stingrays of Shellharbour.

And Helensburgh and Corrimal finished at 3-3.

Round 2 sees the Tigers battle Wests, the Butchers meet Corrimal and Dapto take on Stingrays.

Meanwhile in the Women’s Premier League Jamberoo got its title defence off to a winning start, but it wasn’t without a scare against a talented Woonona Bushrangers. Vienna Randle was named player of the match and had strong support from Lauren Rynehart and Chelsea Tout, as the Superoos shook off a slow start for a 3-1 victory.

Gerringong showed early signs of form with a 6-1 win over Stingrays. The Lions roared to a 3 nil halftime lead and went on with the job in the second half, led by Wollongong Devils representative player Mackenzie Ford.

The Eagles will welcome a host of players back for round 2, while Corrimal were boosted by some new additions to their roster including former Wollongong Devil Kayla Hay.

In Round 2 the Cougars take on Woonona, Gerringong do battle with Albion Park and Stingrays face the Superoos.